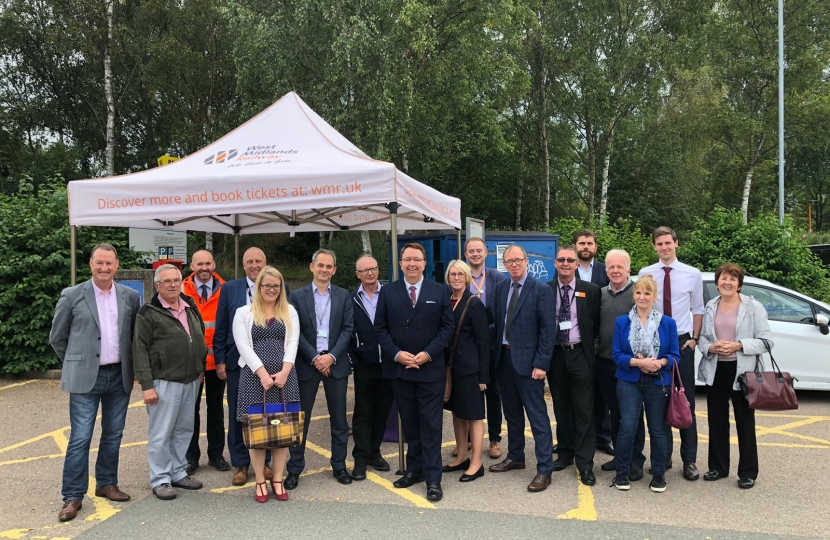 Local Conservative Councillors attended Cannock Train Station today for a Public Meeting, where they met with West Midlands Trains senior managers. They were on hand to speak to the public and Councillors regarding the atrocious service that the public are currently experiencing on the Chase Line with regular delays and numerous cancellations.

There was an acknowledgment that the service is simply unfit for purpose and that drastic change is needed. West Midlands Trains Managers answered a series of questions from both Councillors and the public and are clearly keen to introduce significant improvements to ease the problems commuters are experiencing. They acknowledge this will take time but state they are determined to provide a more localised service.

Conservative Group Leader Olivia Lyons said “We are here to show our solidarity and support for local residents who use the Chase Line to commute to and from Cannock, Hednesford, Rugeley or to travel further afield. We are here to raise concerns and to challenge West Midlands Trains to deliver a much improved service. The current service is simply not good enough and our residents deserve better “.

Two Years On: Delivering on our Promises

Two years on, we have delivered for Britain. Here's a list of some of our top achievements.