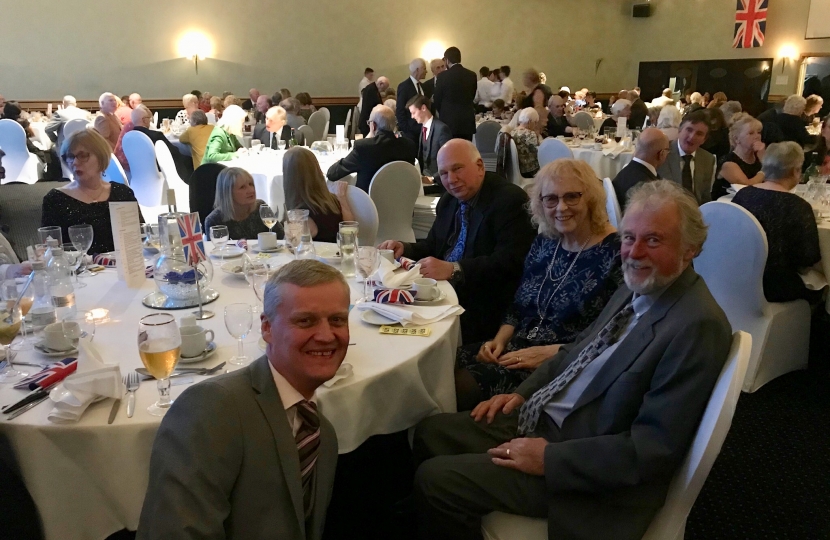 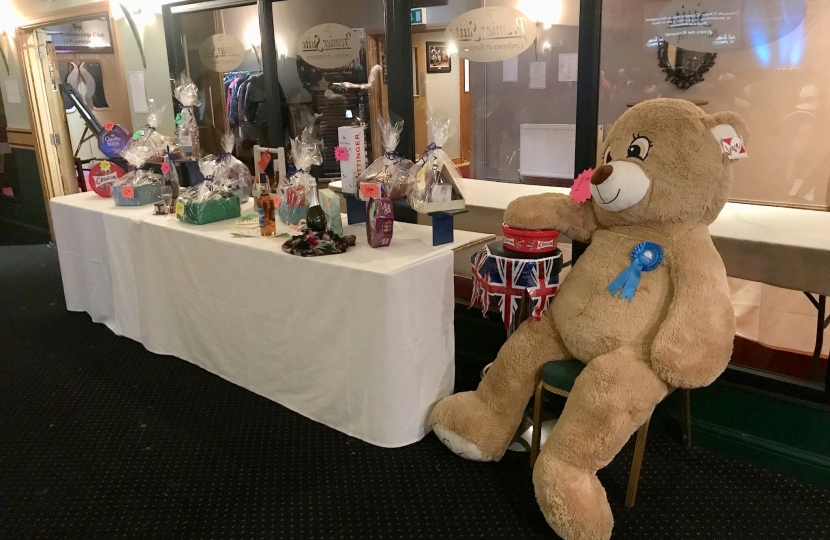 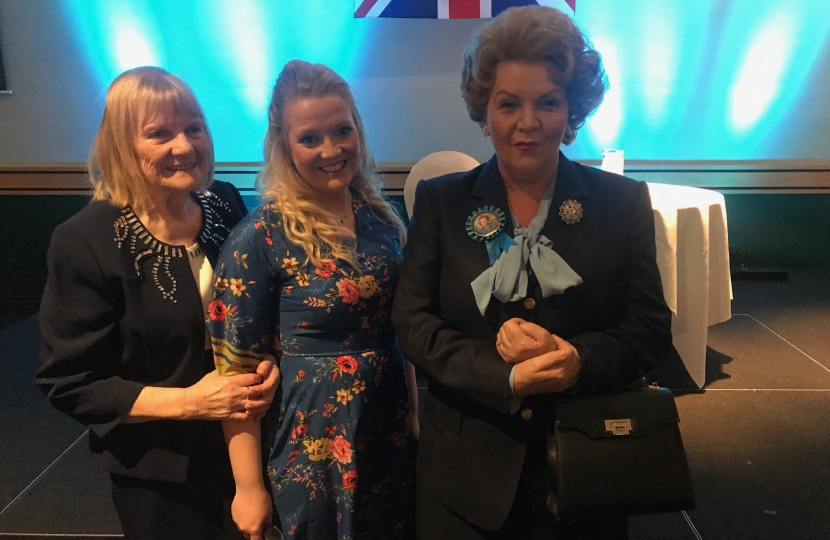 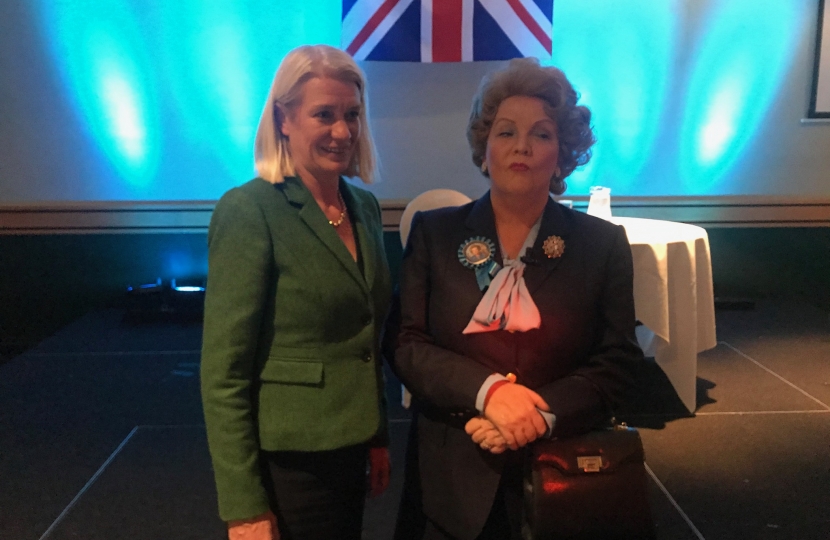 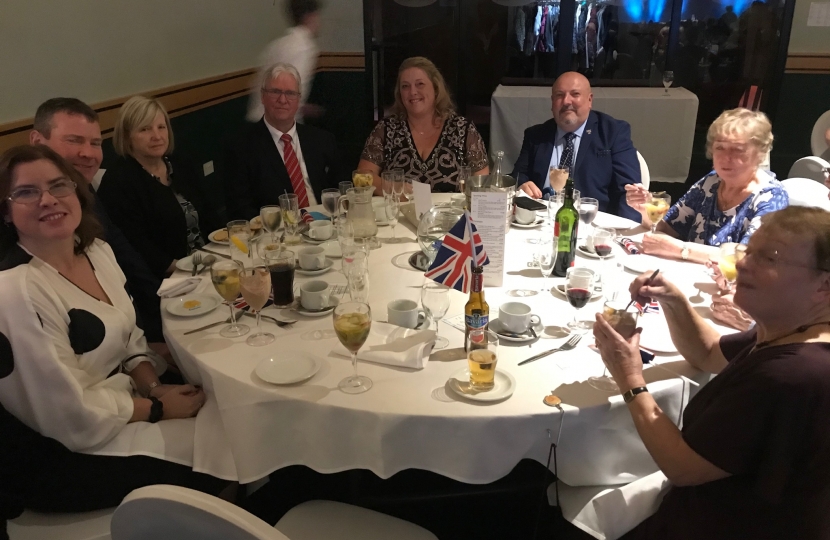 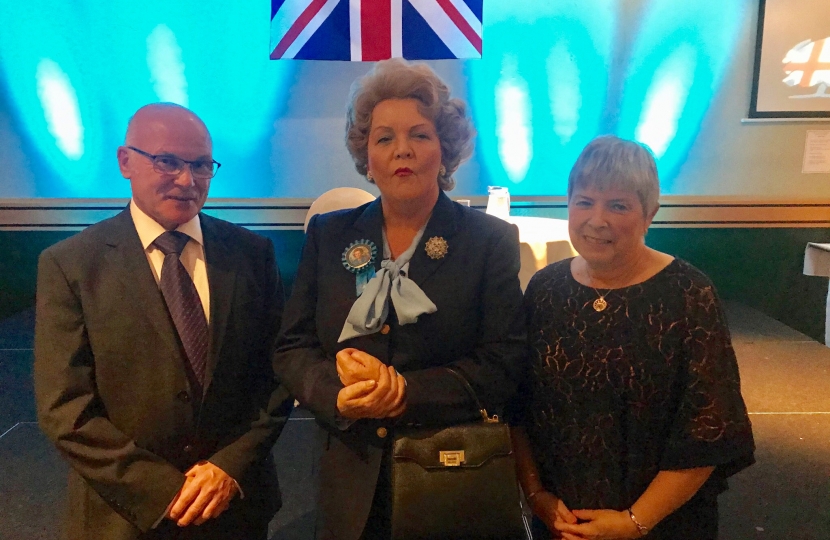 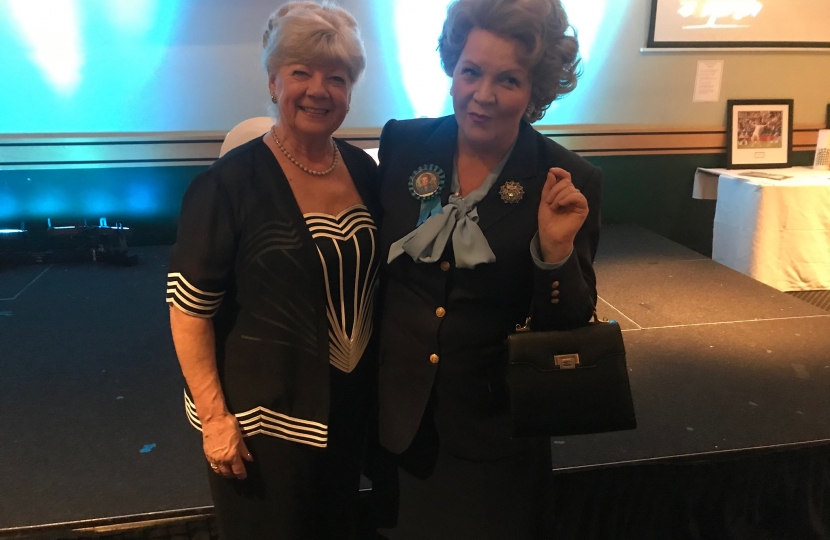 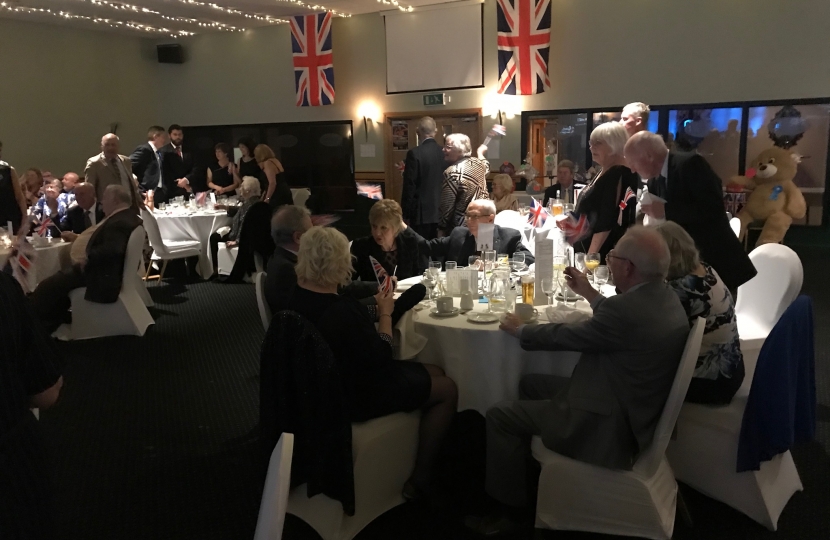 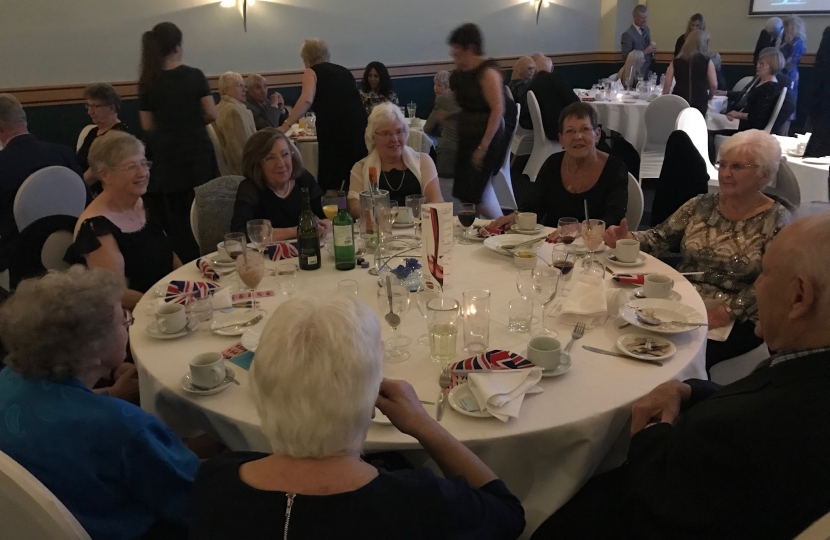 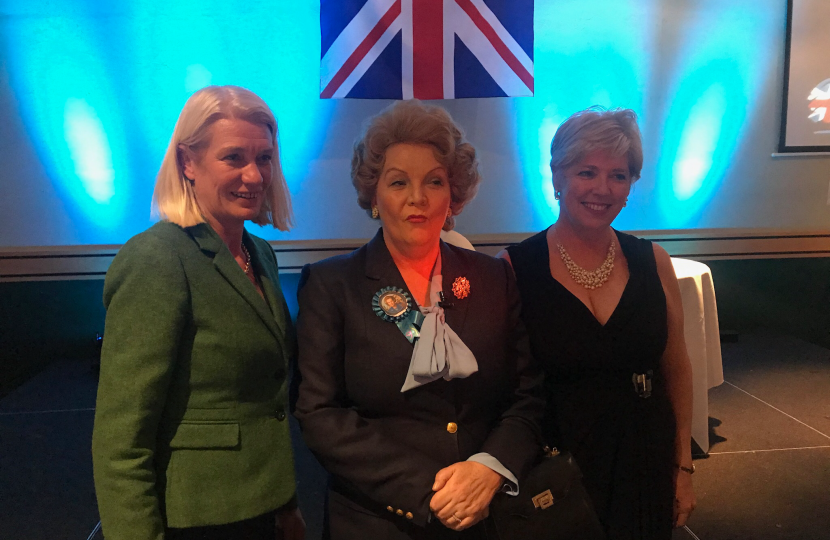 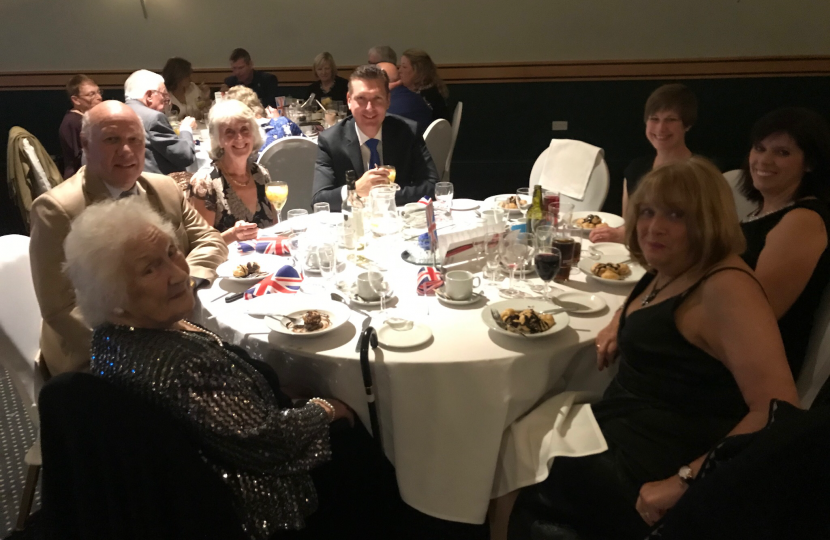 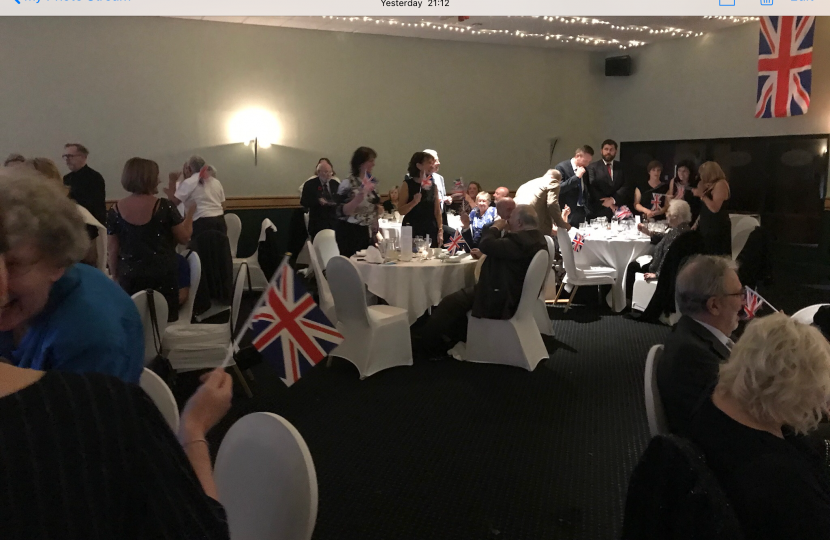 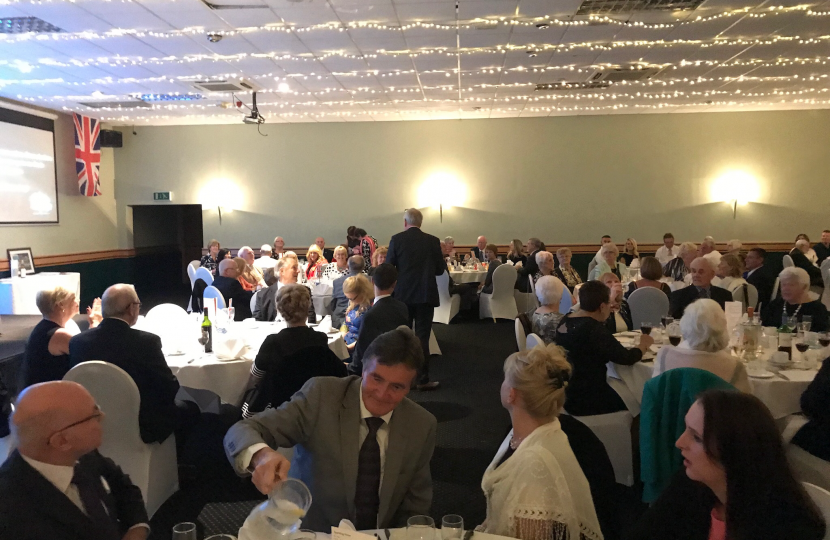 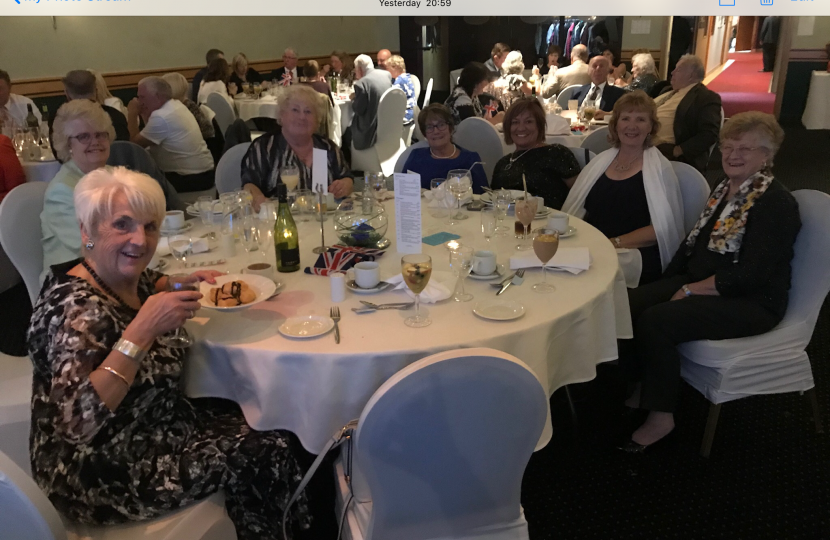 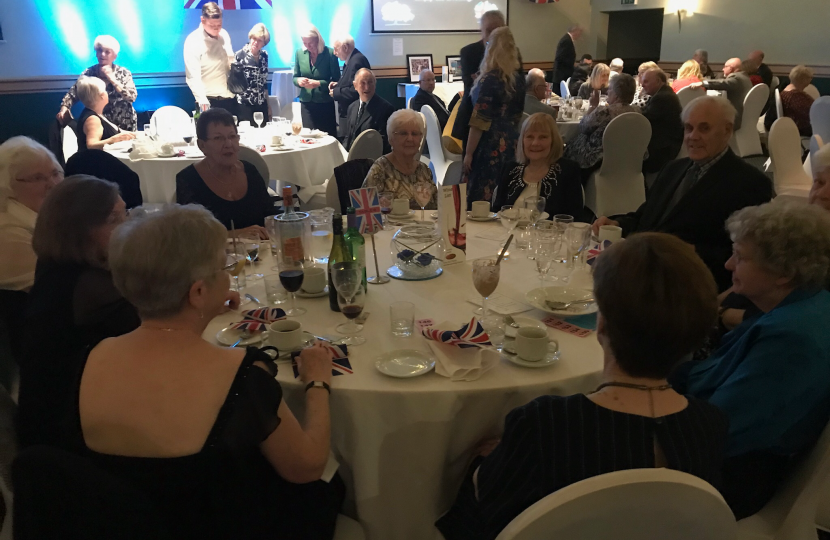 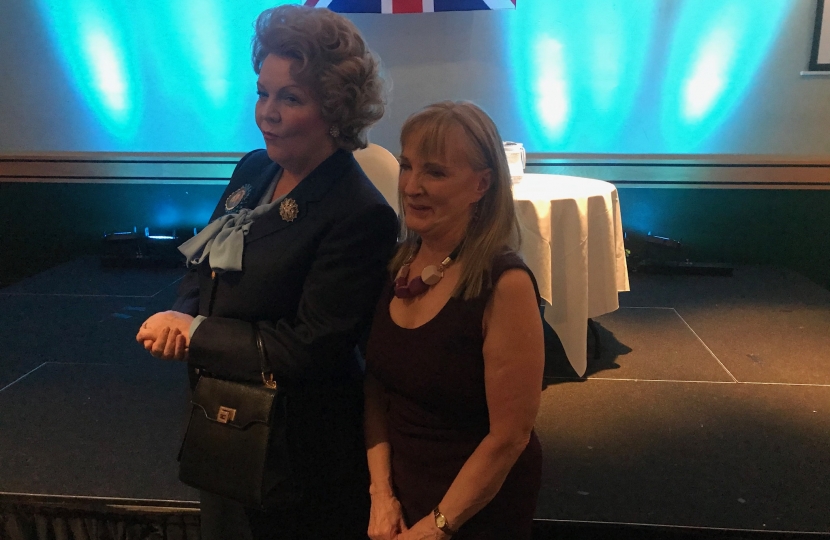 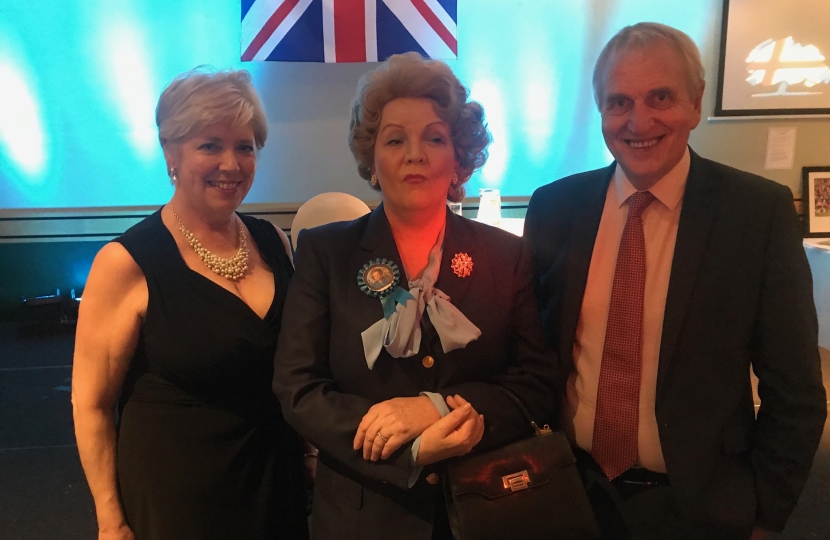 The Cannock Chase Conservative Association Chairman’s Annual Dinner was held in the Premier Suite in Cannock on Saturday 19th October 2019.

There was a fantastic turnout for the evening and the attendees were joined by Amanda Milling MP who had ‘hot footed’ back from Westminster following the Brexit debate.

Attendees were treated to a lovely three course dinner followed by an enthralling address by the former Prime Minister Lady Margaret Thatcher (A.K.A. Leslie Smith).

Lady Thatcher talked of her humble beginnings and early life before attending Oxford University. She described her subsequent success in becoming the MP for Finchley and her rise to power as the first ever female Prime Minister. The address was peppered with both accurate and funny anecdotes and was thoroughly enjoyed by all.

Chairman Phil Hewitt said “It was wonderful to see so many friends both old and new enjoying such a fabulous evening. It was great to be able chat with members and their guests and hear how much they enjoyed the evening. This made it all so worthwhile, thank you to everyone who came to support us “.

Two Years On: Delivering on our Promises

Two years on, we have delivered for Britain. Here's a list of some of our top achievements.